Home »  Articles  »  Identical Triplets: What You Need to Know »
share

Identical Triplets: What You Need to Know 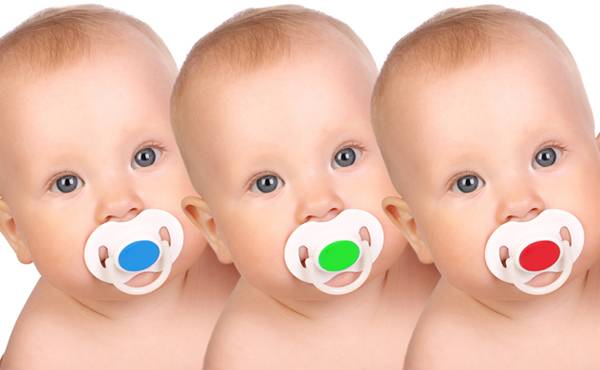 The feeling that most parents experience is best described as “shock” and this is not necessarily a bad thing. After all, having identical triplets is a blessing times three and something that is sure to enhance your life for the better.  However, before your blessed babies arrive, there are some things you should know about identical triplets:

What are the Odds? 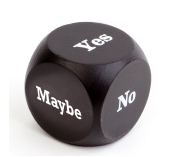 According to doctors in Sacramento, the odds of having identical triplets can be as much as 1 in 1 million. Other sources, like the Multiple Births Foundation, put the odds a bit lower, at around 1 in 600,000.  Either way, you are getting a very rare gift as the parents of triplets.

How Do Identical Triplets Form? 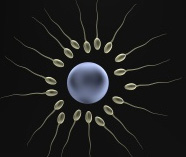 Most people understand how twins or triplets who are not identical form. One egg and one sperm cell will eventually grow and develop into a baby. For fraternal triplets, which are not identical, the mother would release three eggs and these eggs would be fertilized by sperm cells from the father. These children, though all the same age, are the same as any other siblings. They have similar genetics, but not the same genetics.

A More In-Depth View Of How Identical Triplets Occur When a single egg meets a single sperm and it divides three times, this is known as monozygotic triplets. This process happens before the mother knows that she is expecting and very soon following the fertilization of the egg. There is nothing you can do to stop it or to cause it, it simply comes down to luck. Some people really want multiples and will take a fertility hormone which will increase the number of eggs that are released. Though there are more eggs and the odds of fraternal triplets are higher, the odds of monozygotic, or identical triplets, remain the same.

When identical triplets form, all three of your babies will have the same DNA, the same gender, same features and same characteristics. Your babies will be identical in looks, as well, which can be a challenge to many parents.

Knowing When Triplets are Identical 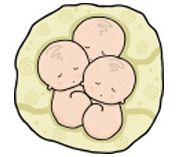 You will know that you are having triplets usually during your first ultrasound, and many women realize this even earlier as pregnancy symptoms in this case can be severe. Extreme nausea is common in these cases as is showing you are pregnant earlier than usual. What you may not be able to see in the first ultrasound, however, is if the babies are identical or not. Most of the time the doctor or technician will see that the babies are sharing a single placenta, but this cannot be seen all the time.

Typically, once a doctor knows that you are carrying triplets, they will perform more tests and more monitoring. At this point, you should know for sure if your triplets are identical or fraternal.

The Risks of Carrying Triplets 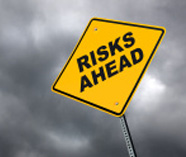 Though finding out you are pregnant with triplets is likely going to be extremely good news, there are some risks that you will need to consider as you move through your pregnancy. For example, according to the American Pregnancy Association, mothers of multiples could face the following risks:

In addition to these risks, there are also risks to the babies including prematurity, cerebral palsy, developmental delays and a higher risk of infection. Keep in mind, however, that there are risks for both mother and babies in any type of pregnancy and medical science does a great job at keeping up with these risks.

Bringing Your Babies Home and Telling Them Apart 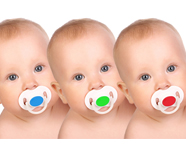 Finally, many people worry about telling their children apart when they find out they are identical triplets. Remember, there are many who have come before you who have faced this same challenge and there are a number of ways they have found to combat it. One of the most popular way is to use nail polish on the nails of your babies to tell who is who. You don’t have to give them a full mani-pedi, of course, but coloring one toenail, for instance, can be extremely helpful. Other parents find that dressing each baby in a certain color helps them determine who is who. Hospital bands, jewelry and even things like hair bows can help until you are easily able to tell your babies apart.